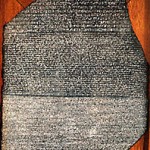 The Rosetta stone is a Ptolemaic era stele with carved text made up of three translations of a single passage: two in Egyptian language scripts (hieroglyphic and Demotic) and one in classical Greek that allowed linguists to begin the process of hieroglyph decipherment. The stone has been on public display at The British Museum since 1802. 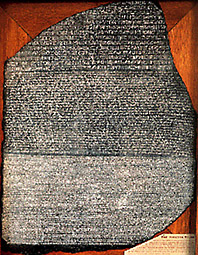 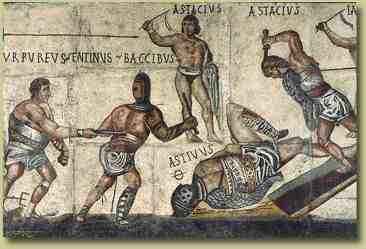 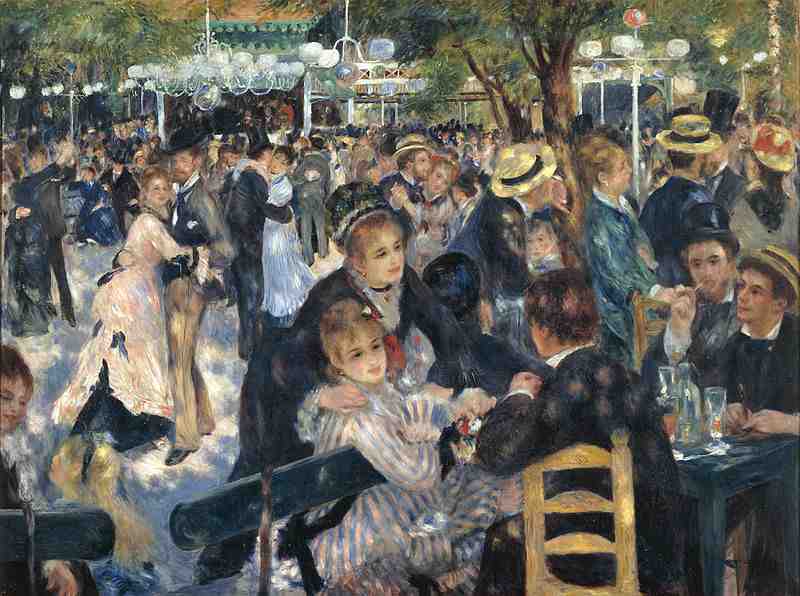 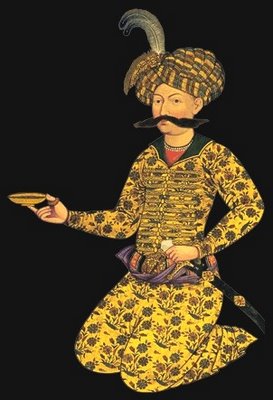