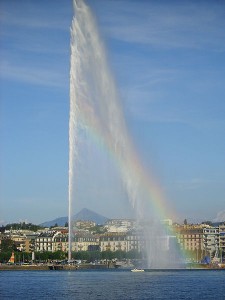 The Jet d’Eau (water-jet), is a one of the largest fountains in the world, and Geneva’s most famous landmark, situated at the point where Lake Geneva empties into the Rhone River. The present Jet d’Eau was installed in 1951 in a partially submerged pumping station to pump lake water instead of city water and its average height is 140 metres (459 feet). The first Jet d’Eau, installed in 1886 a little bit further downstream from its present location, was used as a safety valve for a hydro power generator and could reach a height of about 30 metres (98 feet). In 1891, its aesthetic value was recognised and it was moved to its present location to celebrate the Federal Gymnastics Festival and the 600th anniversary of the Swiss Confederation, on which occasion it was illuminated for the first time. Its maximum height was at that time about 90 metres (295 feet). 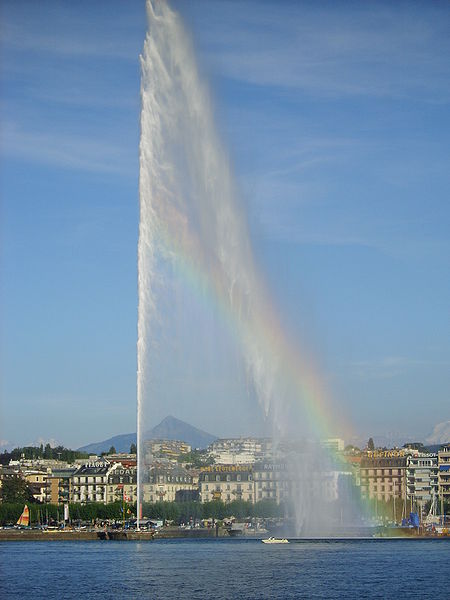