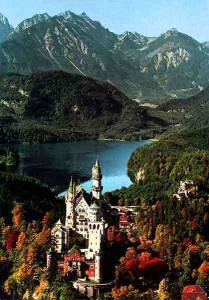 Neuschwanstein Castle  is a 19th-century palace on a rugged hill above the village of Hohenschwangau near Füssen in southwest Bavaria, Germany. The palace was commissioned by Ludwig II of Bavaria. Neuschwanstein embodies both the contemporaneous architectural fashion known as castle romanticism and Ludwig II’s immoderate enthusiasm for the operas of Richard Wagner. Ludwig II only lived in the palace for a total of 172 days. It was opened to the public right after his death in 1886. Since that time over 60 million people have visited Neuschwanstein Castle. More than 1.3 million people visit annually, with up to 6,000 per day in the summer. The castle was the inspiration for Disneyland’s Sleeping Beauty Castle.
[hotels] 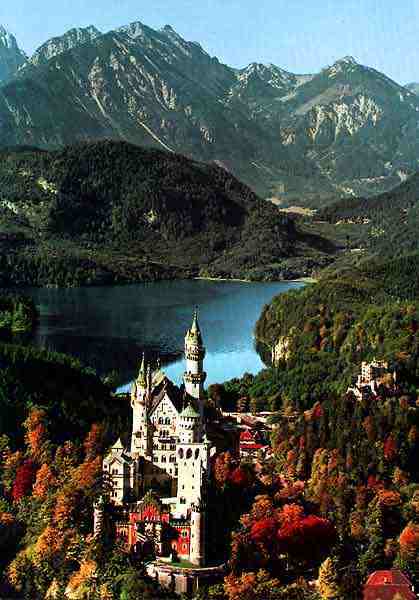